Here are some statistics and information from my CACTI server that is capable of polling > 60,000 interface statistics at a 1 minute polling interval.

The OS is a stock Ubuntu 12.04LTS installation.

CACTI is installed from Micah Gersten's 12.04 backports PPA.   The 8.8a release was need to get support for the Cacti Plugin Architecture.

CACTI poller is spine with 20 threads.

There are >500 devices added into Cacti.   In order to add all servers and all the interfaces associated with them I wrote this script:

There are >60,000 RRA files all stored in /var/lib/cacti/rra, using up > 45G of space.   In order to test disk performance, these databases have been moved to all 3 different types of raid arrays. 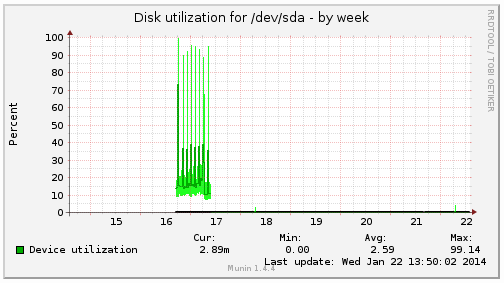 When the RRA's were on this raid array the average utilization was around 20 - 70%.   The average polling cycle for Cacti took 15 - 30 seconds to complete all interfaces. 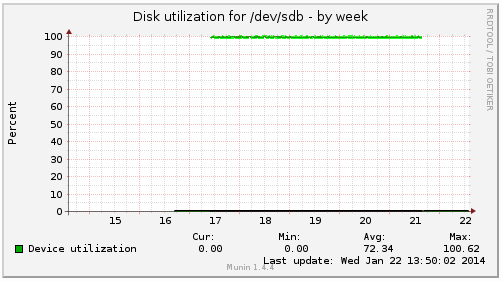 When the RRA's were on this raid array the disk utilization was pegged at 100% and the system was in I/O wait the entire time.   The average Cacti polling cycle took 30 - 45 seconds to complete all interface and the graphs started missing data. 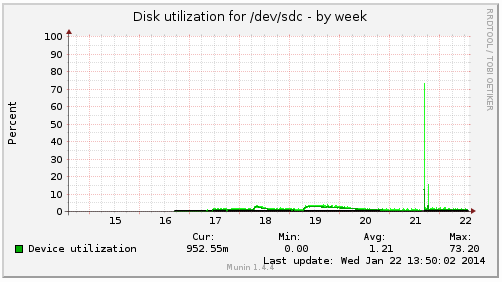 When the RRA's moved to this disk the average utilization is 1%.   The average Cacti polling cycle took 3 to 4 seconds to complete. 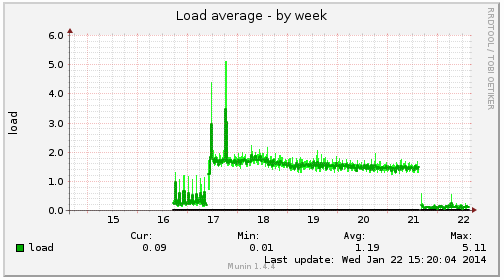 There are other plugins like boost that are supposed to help performance quite a bit.   At this point, when the RRA's are on solid state disks, there is no need yet.

To conclude, CACTI is very capable of polling a large of number interfaces without a problem assuming the proper hardware is used.

Posted by Unknown at 3:39 PM No comments:

In recent weeks there has been a uptick in using NTP as a DoS amplification attack mechanism:


If there is no need for the system to be a public NTP server, then configure the it to act as a client only.  Good documentation can be found here:


To test if the server is vulnerable you can run:

If you receive any output, such has this your server is vulnerable:

To disable the DoS mechanism add the following lines to the /etc/ntp.conf file:


Restart ntpd (it may take a little while for the ntp server to start responding after the restart).

Test to make sure the ntp server is working:


Then test to make sure it can no longer be used as an amplification attack tool:

Posted by Unknown at 4:29 PM No comments: